While divorce perhaps doesn’t have the same stigma connected to it as it once did, the practice is still a touchy subject in many parts of America. Indeed, as we will see throughout the article, it has changed drastically in law as well as in the attitudes of the general population across the history of the country.

What was once a forbidden practice and only ever used as a last resort is now very common. The medium length of marriage in the US these days is around 11 years and divorce rates have been rising steadily throughout the 20th century.

While factors such as changing social attitudes and online divorce services have contributed to this rise in divorce rates, the main drivers of this shift were formed in the very foundations of the original marriage and divorce laws and regulations.

Even before the United States officially became the nation that we know it as today divorce was a hot topic in the colonies.

One of the earliest instances of divorce law was in the Colony of Massachusetts Bay, which created a judicial tribunal that dealt with divorce matters in 1629. This legislative body was allowed to grant divorces on the basis of adultery, desertion, bigamy and in many cases impotence as well. In the North, the colonies adopted their own approaches that made divorce available whereas the southern colonies did all they could to prevent the act even if they did have legislation in place.

After 1776, divorce law was less restrictive. Hearing divorce cases took the legislature away from what they deemed as more important work, so it was handed to the judiciary where it remains today. The big problem at the time, for women, at least, was that they were a legal non-entity in the sense that it was difficult for them to claim ownership of property or financial assets which worked against them in the case of a divorce.

The Married Women’s Property Act in 1848 went some way to rectifying this, however, throughout the 17th, 18th and 19th centuries divorce remains relatively uncommon if we think of how much it is used today and women were at a tremendous disadvantage from the get-go.

By the end of the 18th century, there were numerous ‘divorce mill’ states or places such as Indiana, Utah, and the Dakotas where you could go and get a divorce. Many towns provided accommodation, restaurants, bars and events centered on this trade. In 1887, Congress ordered the first compilation of divorce statistics at a federal level to see how big the ‘problem’ had become.

The Inter-Church Conference on Marriage and Divorce was held in 1903 in an attempt to use religion to ensure that divorce was kept to a minimum. However, with the onset of feminism and the general relaxation of views towards divorce from a societal and moral standpoint, the practice was gaining traction.

In the 1920s trial marriages were established that allowed a couple to try a marriage without actually being married; not having kids or any lifelong financial commitments. In a way it was simply two people of the opposite sex living in the same quarters however for the time, it was a new concept and was one of the first ways in which the law tried to accommodate prenuptial contracts. In fact, marriage counseling was beginning to become popular as well and represented the recognition that a problem existed even if the law did not strictly prohibit it.

As the years rolled by and the nation found itself embroiled in two world wars, divorce took a back seat as far as lawmakers were concerned. However, the Family Court system that started in the 1950s was the first time in decades that the legislature and judicial system in the US tackled the divorce issue.

For years, couples had to go through the traditional court system to get a divorce or, at least, plead their case to do so. However with new laws in the place that established the Family Court, this created a way for judges to ratify agreements between couples for divorce that had been previously created. While the law used to ensure that a case had to be heard in a court of law, this now changed.

With these changes, law firms specializing in divorce started appearing all over the country and just about every other large city soon became involved in these family courts.

Possibly the biggest change to divorce law in the United States in its history came with no-fault divorces in the 1970s. Up until now there still had to be a party at fault. Even in the Family Courts, there was still a need for an adulterer or such like to be identified and then for the terms of the divorce to be agreed however with the change in the law then a divorce could be granted if neither party was at fault.

California led the way in 1969 however it wasn’t until the 1970s that other states (Iowa being the second) adopted the law. In many respects, it was enacted to bring down the cost of divorce regarding hiring lawyers and expensive court fees from drawn out trials that didn’t come to fruition. Divorce lawyers and financial advisors all still profited greatly from divorce proceedings even if both parties simply wanted to split and move on.

Something that this change in the law didn’t focus on was child custody, and it remained a neglected topic. Laws to address this were:

While the law has attempted to create a fair and equal child custody process, it still isn’t quite right in many respects and even with the legislation that has been enacted over the years there remains work to do.

Divorce towards the end of the 20th century and into the early 21st century was a much different proposition from a hundred years ago.

While there are new laws being enacted all the time to deal with the finer points of divorce, the no-fault legislation essentially changed everything about the practice and made it into the divorce proceedings that we know today.

Getting representation to help guide you through the often challenging and difficult process of divorce has also moved with the times, with the rise of online divorce services and online legal services putting family law advice within reach in a matter of minutes.

That being said the attitudes towards divorce are still traditional in many quarters. Even though it has been set in law and that, in general at least, the stigma around divorce has gone it still plays a major role in affecting a child’s upbringing and other societal problems.

Furthermore, the equal share of property and finances is something else that the law is still trying to get right. Although this differs from state to state across the United States of America in most cases who is to blame doesn’t always transfer over to who gets the property. The legislature and the court system are still trying to find a balance in modern-day America between a system that allows for divorce without needing evidence of wrongdoing and one that is fair and equal while also addressing the child factor as well.

It isn’t easy, but there is still a lot of work behind the scenes to address it.

Divorces were being carried out before the United States of America was even a nation. The colonies had their own measures and laws for dealing with such things however for centuries they were largely used in extreme cases. Indeed, up until the No-Fault rule, it was unusual to see a divorce that was granted on the basis that both parties simply wanted to break up.

This happens fairly regularly these days however back then there had to be a reason of some sort behind the divorce – women cheating on a man for instance or a man having several wives.

The big question now is whether or not the law can develop even further and change with the rising divorce cases across the country and the more complicated financial and property ownership models. Up until now, at least, divorce law in the United States has developed at a fairly fast rate. It might not always have favored the couple given that much of the early legislation was there to deal with extreme cases that were even frowned upon by the religious orders of the day. 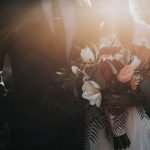 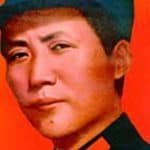 Divorce law was very reactionary and has been throughout the past 300 years aside from a few isolated cases. It is still adapting to a growing trend however while the stigma of divorce has largely vanished in many places the law is still trying to keep up.

James Hardy, "The History of Divorce Law in the USA", History Cooperative, May 29, 2015, https://historycooperative.org/the-history-of-divorce-law-in-the-usa/. Accessed February 7, 2023

<a href="https://historycooperative.org/the-history-of-divorce-law-in-the-usa/">The History of Divorce Law in the USA</a>

6 thoughts on “The History of Divorce Law in the USA”