The History of Blogging: Unraveling the Mystery of the Web

What do college students, the HuffPost, President Obama, the Israeli Consulate to the US, and Beanie Babies have in common?

They all share a prominent place in the history of blogging.

From its very humble beginnings as a student project, blogging has grown into an industry worth nearly $413 billion in 2021.

According to SEMRush, there are more than 500 million blogs running out of 1.7 billion websites, averaging over 400 million users each month.

In the beginning, blogging was strictly something amateurs did. Even today, it’s seen as a way for anyone, anywhere, to publish their thoughts and opinions. However, there are now professional bloggers and blog writing services that supply businesses with professionally created content.

Blogging has come a long way from its roots, but it has still maintained that independent mindset. Funnily enough, its death has been falsely announced more times than Paul McCartney’s.

And yet, it’s still there, still kicking, and still creating an impact in the lives of the individuals and companies who embrace it.

Today, we’re going to look at a brief history of blogging, from its beginnings in 1994 to the present day.

As we go, we’ll link those college students, Arianna Huffington, Barack Obama, Minister Saranga, and a bunch of stuffed animals in all their surprising ways.

Swarthmore University student Justin Hall is credited with the very first blog in the history of blogging. He launched it onto the internet on January 27, 1994. It was known as Justin’s Homepage and consisted of assorted and sundry links he found interesting enough to share.

By 1997, the website had 1.6 billion visits, crashed often, and was read by millions of Beanie Baby-crazed fans. 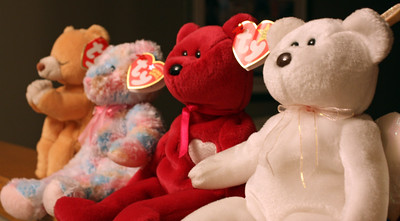 In 1996, the term “content marketing” came on the scene. It was used to describe something that had been in use for around 100 years, but was becoming more and more prominent in the internet world with the birth of branded websites and company blogs, like Ty’s.

1997 saw another advancement in blogging’s infancy. Jorn Barger first coined a term to describe what he and others were doing. He saw blogging as “logging the web”, and henceforth, the “weblog” was born.

The North Carolina newspaper, the Charlotte Observer, made blogging history when they became the first news media outlet to utilize blogging in August 1998. Journalist Jonathan Dube was tasked with reporting on devastating Hurricane Bonnie. 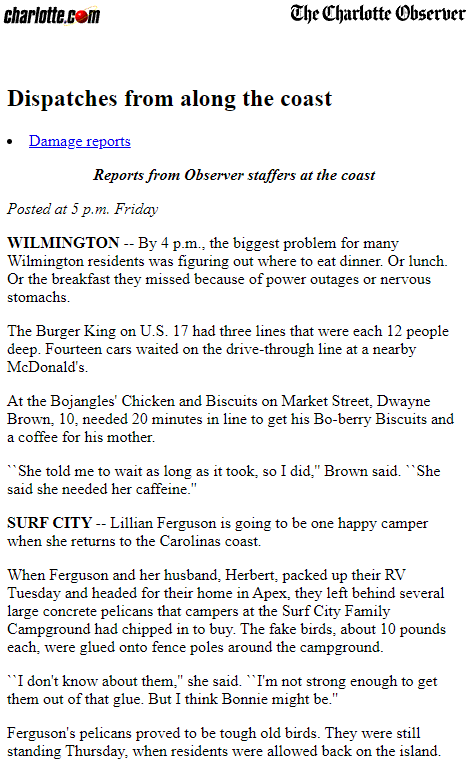 He and his fellow journalists chose to blog information every 30 minutes to circumvent the typical lag then present in traditional journalism and to avoid the possibility of losing electricity and their connection with the newsroom.

As he put it, “by the time the next morning’s paper went to press, much of the information would be useless. We updated the Web every half-hour … and gave readers up-to-date damage assessments, insurance contacts, useful weather links, and the ability to print out a storm-tracking chart.”

Prior to their launching, blogs had to be uploaded by hand, and often required a programmer or developer to maneuver the ins and outs of early HTTP coding. The history of blogging was about to be changed forever.

The dawn of the new millennium saw 23 blogs listed on the internet. By 2006, that figure had grown to 50 million. In the history of communications, there had never been as quick an adoption of a new technology nor as explosive a growth.

Blogging for both business and pleasure took a huge leap forward in 2003, with the premiere of WordPress. Again, it was the work of college students, this time Matt Mullenweg and Mike Little.

At the 3 minute mark in the YouTube video below, you can see a “baby picture” of WordPress’s first CMS, 0.7.

In 2004, they upped their game by introducing the plugin feature. Plugins allowed users to customize their blogs’ looks and performance.

(By the way, in 2022, over one-third of all the blogs published are on the WordPress platform).

Also in 2003, Google bought out Blogger and introduced AdSense and AdWords. Buying up all the blogs greatly increased the data their budding search engine was hungry for. And the ad platforms allowed both the ad buyers and the blog owners a way to monetize blogging.

In 2004, “blog” was declared “Word of the Year” by the folks at Merriam-Webster Dictionary. All of a sudden, blogging was mainstream, and everyone seemed to be jumping on the bandwagon.

Once blogging became the “must have” accessory for everyone, there was no turning back. Here’s just a few highlights from blogging’s middle years:

In five short years, the world, both online and off, was changed forever.

The blogosphere isn’t quite done growing and expanding.

In 2011, Google released its Panda update, doing away with “thin content” forever. Blogs now had to offer quality content that was useful, meaningful, and relevant to what users were searching for.

Posts became longer and more visually appealing. Headings and subheadings came into prominence, helping readers skim and scan posts to find the info they were most interested in. The focus shifted away from the search engine bot and onto the human reader.

Also in 2011, 11% of bloggers were making a full-time living from blogging for the first time in the history of blogging.

In 2012, Medium was founded. Once again, the line between amatuer and professional, news and blogging, became blurred. Anyone could post on Medium.

The concept of decentralized content—content that had been published elsewhere—opened up a world of possibilities for authors and journalists alike.

In 2014, LinkedIn opened its blogging platform to all of its users, giving professionals from all walks of life and from all stages of their careers a voice and a platform.

The next innovation in the blogging world was the introduction of the .blog domain by WordPress in 2017.

By 2020, social media had taken over from the personal blogging field. TikTok, launched in 2016, came into its own during the pandemic. Instagram, SnapChat, Facebook, and Twitter became more relevant on the personal front during this time, too.

People now expect blogs to be educational, or at least inspirational, offering up “expert” advice from an “authority” on the topic. Many business owners, not having the time or talent for writing, now hire firms that specialize in creating expert, quality blog content.

The Next Chapter in Blogging’s History

No one can foresee what the future holds for blogging. Its past is fraught with prophecies of doom and gloom. Blogging has been pronounced dead and lifeless (ironically, on the record on many a blog) by the so-called experts in:

Seems pretty active for something supposedly lifeless, doesn’t it?

There will be new Google updates, possibly as important as Panda was to the blogging world, to change things up.

Who knows? There may even be a new, bigger search engine that comes along and shakes up both Google and blogging at the same time.

eCommerce blogs are finding a home, as shoppers expect their favorite brands to educate them on the products they offer.

The more professionals that enter the blog content creation field, the more readers will come to expect professional-grade content.

Any and all of the above may come into play, or none of it and something else instead.

The one thing that seems pretty certain is that blogging, in all its forms, is most likely here to stay, despite the doom and gloom predictions from the experts. After all, Justin Hall’s blog, now called Links.net, is still around publishing fresh links.

<a href="https://historycooperative.org/the-history-of-blogs/">The History of Blogging: Unraveling the Mystery of the Web</a>

3 thoughts on “The History of Blogging: Unraveling the Mystery of the Web”