Like many cinema patrons in Jamaica, I was a beneficiary of the Audley Morais founded chain of Palace Amusement theaters that later included Regal, Carib, Premier, Odeon, Palace and others over the decades. Sitting in the balcony of the Regal at Cross Roads, now a haberdashery, clutching a piece of chicken and hard dough bread in the comfort of relatively new air conditioning was the acme of happiness, mesmerized by the big screen in front of me.[1]

As time passed and Jamaica continued to surpass Hollywood and dominate international short track events as well as the popular musical genres of reggae and dancehall, it occurred to me that our century long accomplishments in international film production were being overshadowed, if not forgotten.

At the end of the day, however many awards and medals we win on the international stage of music and athletics it will be for naught unless they translate into jobs and improvement of our economy back home.

The Jamaican film location has accomplished just that for a century.

Verification of films that used Jamaica as a location going back a hundred years, many of which have disappeared, has been an onerous exercise. In one case, confirmation came in the form of a cancelled cheque on a local bank by the production company for a local supplier offered for sale on the internet.

This is a long overdue attempt to record most of the numerous film productions from abroad that made Jamaica their home for over a century and to recognize the many directors and producers who journeyed to paradise while others pretended to visit.

There have been more benefits in recent years confirmed by a 1990 comment in The Hollywood Reporter that: “Club Paradise was the foreign production that most benefited the local economy, adding US$5.3 million to the coffers.”[2]

One of the most costly films for its time at US$1 million was the 1916 drama A Daughter of the Gods that not only saw substantial set construction in Kingston but one of the earliest examples of nudity by actress Annette Kellermann in mainstream cinema. At least two early pictures had names sought after a cash prize was offered to the Jamaican public including A Daughter of the Gods.

It would seem surreal that an American film production company would decamp to the city of Kingston, Jamaica at the turn of the century not only to use this Caribbean urban community as a film location, but to spend a million dollars to accomplish this event. The production involved the creation of a Moorish city and employed three thousand persons a day.

The 1916 released film A Daughter of the Gods was produced by Hollywood pioneer William Fox for his Fox Film Corporation which ultimately distributed the film.[3] The Hungarian born Fox originally named Wilhelm Fried, established his film production company in 1915 which grew to include a chain of cinemas. The company exists today as the 21st Century Fox owned by Rupert Murdoch.[4]

Jamaica was associated with at least one other first with The Devil’s Daughter in 1939 being the first American black feature film shot on location in Jamaica.[5]

This was another George Terwilliger story that found him seeking the public’s suggestion for a film title with a prize of one pound. This method was the same used in a Daughter of the Gods with a racier result.[6] There was a report of a number of setbacks in the production schedule including the illness of actress Ida James.[7] Ida James was better known for her trademark song: “Shoo Shoo Baby” but this was her first, and commendable, debut as an actress playing the heiress Sylvia Walton. [8]

Other aspects of this milestone film was the likely scarcity of pre-war productions at foreign locations and that it was a black feature film on location in a West Indian colonial island populated almost entirely by black people dominated by a white British administration. The film was variously described in later press releases, posters and the media as: “Forbidden by law for years, Tropical Love in New Picture, Sex-ational Dance of the Damned, Blood Dance, Big Colored Cast, Sensational All Negro Drama”.

A few films shot in Jamaica were startling at the time in their imagery of neo-colonialism, violence, black exploitation and even homosexual rape such as the 1968 film Dark of the Sun released in the UK as The Mercenaries, in France as The Last Train From Katanga, about the Congo. Stars included Rod Taylor, Yvette Mimeux and Jim Brown performed for a film that also preserved useful historical footage of a working Jamaica Railway steam engine used in airplane strafing shots at Frankfield and Suttons in Clarendon.[9] The engine was eventually destroyed as part of the script.

Jamaica has been home to at least one example of the horror genre with the 1991 film Popcorn shot in part at the Ward Theatre in downtown Kingston renamed Dreamland Theater for the production.

The progression towards more made for television films also found Jamaica a useful location such as the Viacom production Scam with Christopher Walken in 1991. This video also recorded the acting debut of Jamaican descent reggae singer, Maxi Priest.

Even documentaries found a home in Jamaica such as The Land of Look Behind produced in 1982 with a variety of locations including the Cockpit country and general culture.

Jamaica was sufficiently popular as a location to have several productions in one year such as Live and Let Die as well as Papillon in 1973. Live and Let Die featured the new Bond, Roger Moore, while the popular and enduring Papillon led with the iconic Steve McQueen. Both had locations in Falmouth while Papillon had swamp scenes from Westmoreland.

One of the most remembered films to reach the shores of Jamaica was the French island prison story of Papillon played by the iconic Steve McQueen. This Allied Artists vehicle was directed by Franklin J. Schaffner with a screenplay by the now famous, Dalton Trumbo.

Dustin Hoffman provided a very able supporting role of a widely hated forger in a 1973 release that received critical and financial success. Penal colony scenes were shot in Falmouth with almost a thousand foot prison set construction while Ferris Cross in Westmoreland provided the locale for swamp footage.[10]

Many scenes in Papillon were placed on Main Street, Falmouth which still has outstanding examples of Georgian architecture today.[11]

One’s heart could almost burst with pride to watch the many Jamaica scenes of Papillon in full display while ensconced in a luxurious seat of a premier London cinema, relishing the exclamations of pleasure by the assembled audience at various points.

The popularity of earlier Jamaica location film productions were a consequence of low production costs, in some cases the close proximity to Florida, the availability of extras many with prior experience from the frequent productions on island, the exotic locale genre with both producers and actors desirous of escaping colder climes. The trend has sputtered in later years from competition by location countries prepared to offer a portion of financing and tax relief.

Nevertheless, however, much or little of the actual film footage for Jamaica often ended up on the editor’s cutting room floor audiences were left with a taste of island paradise.

Some international film productions in Jamaica:

This list and book does not include many local, independent, made for television or documentary productions that found Jamaica to be an enticing location or subject.

The prodigious output of films shot on location in Jamaica led The New York Times to proclaim Jamaica as: “An Island Rediscovers Its Role as the Little Hollywood Of the Caribbean” in a 1988 article. Jamaica later received the ultimate double accolade with portions of the 1963 original The Lord of the Flies and its 1990 sequel being filmed on location in Portland.[12]

Much credit for bringing foreign film productions to Jamaica should also go to the extraordinary efforts of Sally Porteous, now Custos of Manchester, formerly with the film office of JAMPRO.

Two directors have had the unique experience of shooting two films in Jamaica at separate times. There was director Jon Turteltaub with Cool Runnings in 1993 and Instinct in 1999 joined by Gordon Douglas for In Like Flint in 1967 and Skullduggery, 1970.

The producer category must go to Lewis Allen who led the 1963 production of Lord of the Flies in 1963 following up with a more Americanized version in 1990.[13]

Among actors who have come to Jamaica, Rod Taylor and Tom Cruise are standouts not only in talent but as repeat visitors to Jamaica. Taylor appeared in Dark of the Sun and Jamaica Gold while Cruise featured for Cocktail in 1988 and the similar genre flick, Knight and Day, released in 2010. James Coburn also joined this elite group for A High Wind in Jamaica and In Like Flint.

The golden thread that has run through major international film productions has been sea, sun and lush landscapes, in other words, Portland. Portland has another asset presently which would meet the criteria of stars being in alignment for a significant shift in the range of the Jamaican film industry. The energetic and long standing Member of Parliament for West Portland, Daryl Vaz, was appointed Minister of Economic Growth and Job Creation which bodes well for a quantum leap by the film industry stakeholders in Jamaica.

Portland offers a plethora of locations especially the Ken Jones aerodrome area where a minimum of facilities could be created to encourage foreign film production in Jamaica.

One enterprising resident who has started in this direction is Jon Baker of Geejam studios who which has seen many prominent artistes come to Portland not only for the professional studio but the cool vibe that filmmakers such as Jeremy Thomas remarked on in regard to his Eureka production in 1983. It would only require an enterprising mind with powerful economic or political connections to make the next step in a natural progression.

The world outside Jamaica has become an unstable place with many conflicts in many places spilling over into Europe and North America that make filmmaking with large crowds and foreign crew no longer a cautious exercise but a perilous undertaking even at the best of times. 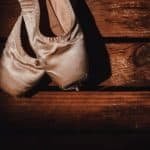 The variety of landscapes from the sea caves or jagged cliffs of Negril to desert-like seascapes near Treasure Beach, running east to the vast open areas of Vernamfield on to the lush Blue Mountains with several picturesque valleys that flow down to the magnificent north coast with much unspoiled rivers and coastline makes a compelling case for a visit, soon.

[9]The Railways of Jamaica-The Friendliest Line in the World, Documentary, 1993. The Complete Rod Taylor Site.

[12] Joseph Treaster, JAMAICA; An Island Rediscovers Its Role as the Little Hollywood Of the Caribbean, The New York Times,12 June 1988